I haven't had time to make many new blogs for a while. But I just got a new box from Japan yesterday and it had an Ultra Magnus decoy in it. Since he completed my set, I figured it was time to write something. Also, I'm home along today and it's hot outside. So I'm going to enjoy the AC till the fiance gets home and have some TF time.

First off, here's a complete Decoy set. the US and the Japanese. 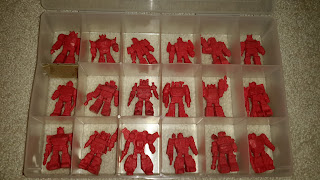 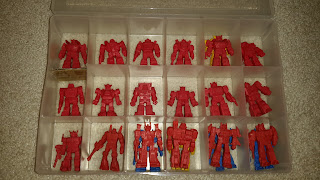 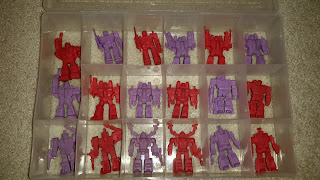 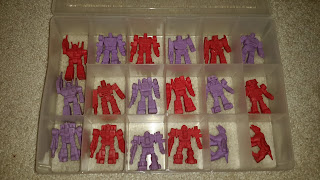 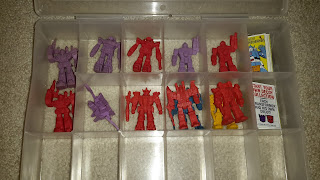 Now, you might notice the Cons are in red and purple. Initially ALL US decoys were red. This was soon changed to red for autobot and purple for decepticon. Making completing a red deceptcon set INSANELY hard. For anyone who has done it (or tried) you know.

These were like the minispys, only available as a "freebie" with other TF toys. 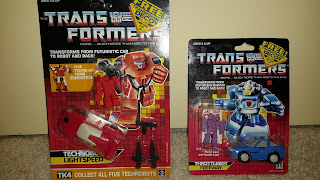 Combiner limbs came with faction appropriate decoys, while the throttlebots came with a mix of autobot and decepticon. They were the ONLY WAY to even get red decepticons. 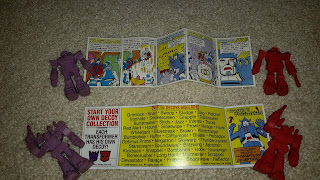 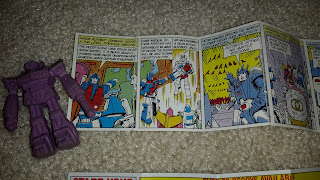 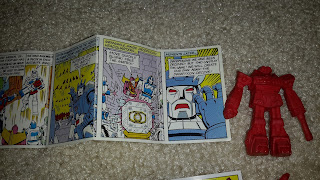 Also included with each decoy, was this little comic about "how they came to be"

Meanwhile, in Japan they actually came in sets. 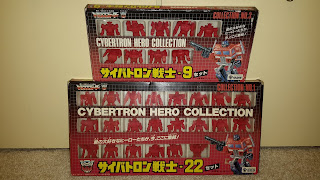 I don't have the decepticon set MIB yet, but you get the idea. Also, in Japan they were meant to launch at each other. 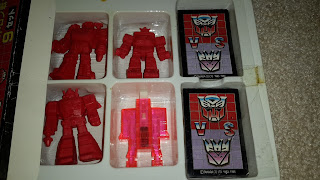 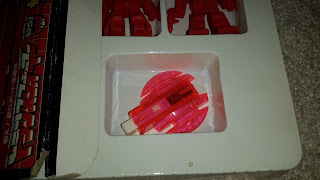 Each set included a little spring loaded thing used to fire them at each other. Also in Japan, they were designed to be painted (much like he elusive white headmasters).

Of the three boxed sets, there was on decoy that Japan got and we in the US did not 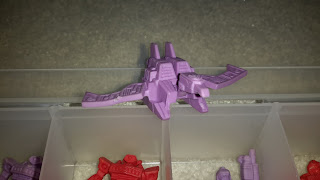 THE ELUSIVE LASERBEAK!!! As far as I know, he was never released in the US. Only available in the Japanese decepticon set. There are some others that we never got in the US, but even in Japan they were not included in the box sets. Magnus, Rodimus, metroplex, Superion, Defensor, Galvatron, Bruticus and Menasor were all released only in Japan and came in small individual boxes. 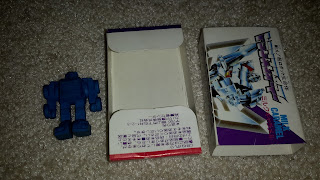 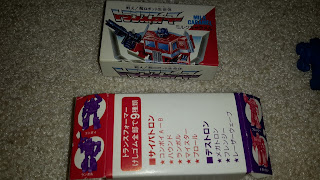 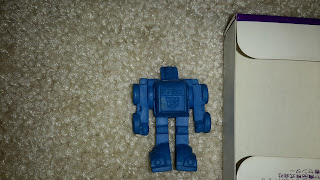 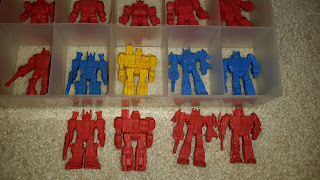 All of them also came in Red (which were the only ones I was concerned about when completing my set), yellow and blue.

Decoys in Japan were also released in Peach!!! 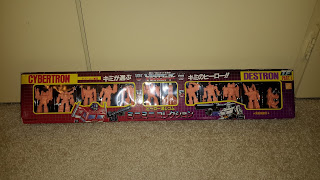 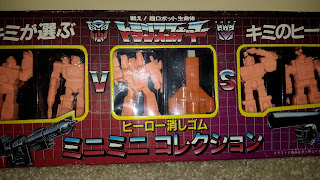 Decoys in Japan were released by the company "Seven". They even came with other toys! 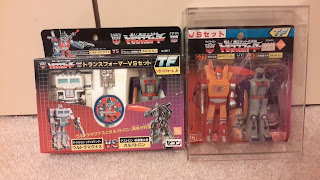 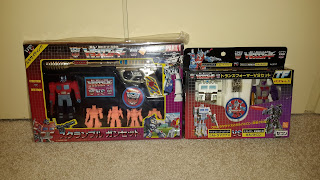 The Large vinyl Prime, Rodimus and Galvatron don't transform. But the Ultra Magnus Jr does. I don't collect Jrs, but the gift set with Galvatron and the Magnus is pretty damn cool. And the silver Megs gun is an actual launcher!!!

And, while they're not decoys (hell, I don't know what they are). I also have these little guys. Rubber and the limbs come off so you can mix-and-match. 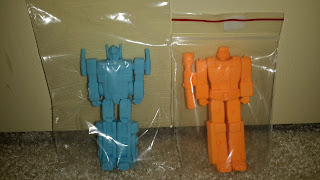 I'm guessing they were party favors of some kind?


I've always loved decoys. They are small, cool, easy to complete a set or HARD AS HELL if you want ever different version. So, hope everyone enjoyed!